A Chronology: The Ilonggo Nation 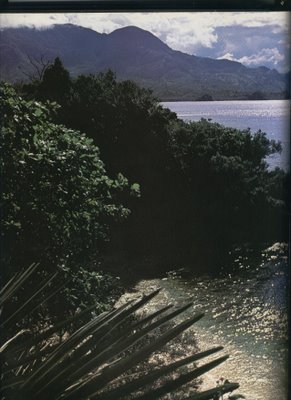 CHRONOLOGICAL EVENTS THAT SHAPED THE DESTINY OF THE "ILONGGO NATION"

PREFACE:"To appreciate where you are now...you should know where you came from."

PREFACE:"To appreciate where you are now...you should know where you came from."

I - THE BIRTH OF THE ILONGGO NATION:

Sometime in the 13th Century:

The Maragtas legend explained that sometime between 1200-1250's; Ten (10) Malay Datus together with their families, households and subordinates fled the tyrannical rule of Makatunaw, the Shri-Vijaya Sultan of Bornay (Borneo).

Led by Datu Puti, the Sultanate Minister, they landed in the Island of "Aninipay" or Panay. They bartered their gold and jewelries with the local Ati Chieftain Marikudo for the lowlands, plains and valleys of the Island they called "Madya-as" or Paradise. The land where time began; the birth of the Ilonggo Nation and the cradle of ancient Filipino civilization.

For about 300 years before the coming of the Spaniards, the Ilonggos lived in comparative prosperity and peace under an organized government, the "Katiringban et Madia-as" or the Confederation of Madya-as and with such laws as the Code of Kalantiaw.

-1566: The Spaniards under Miguel Lopez de Legaspi came to Panay and established a settlement in Ogtong (now Oton, Iloilo). The conquistadores, subjugated our forebears not only with superior weapons and the sword; but likewise, with the Cross.

-1581: The encomienda, the seat of Spanish power was moved from Ogtong (Oton) to La Villa Rica de Arevalo.

-1616: Due to recurrent raids by Moro pirates and foreign privateers, the Spaniards moved close to the mouth of Irong-irong river and built the Fort San Pedro;

-1688: The Spaniards shortened Irong-Irong or Ilong-Ilong to "ILOILO", which became the capital of the province.

-1855: The rapid economic growth of the place, led to the opening of the port of Iloilo to world trade. Thanks to British Nicholas Loney, Iloilo soon emerged to be the biggest center of commerce and trade in Visayas and Mindanao, second only to Manila. Thus, earned the title "Queen City of the South".

-1896: The Ayuntamiento on Iloilo (City government) which was established in 1890 under the Becerra Law was given the honor by virtue of the Royal Decree of having a Coat-of-Arms with the inscription "La Muy Leal y Noble Ciudad de Iloilo".

This is considered a sham and an act of ignominy by todays patriotic ilonggos. Like the title "Queen City of the South" which is being disputed as bestowed upon us for being the Queen Regent's minions, "TUTA" or pet City.

III - THE REVOLUTION AGAINST SPAIN:

Meanwhile, centuries of Spanish subjugation; cruelty and injustice; apathy, greed and misconduct of the elite; the immoral and abusive theocracy alienated the populace. These created a social volcano of an angry enslaved society in despair and discontentment, especially among the masses.

-1586: The "Igbaong Revolt" (Igbaras-Ogtong) started when the local leaders protested against the cruelty and abuses of the encomienderos and friars due to conscription or forced labor, either to work in their haciendas or construction of churches.

-1663: "Tapar", a babaylan and nativist of Oton, Iloilo waged the "Tapar Revolt". Poorly armed these early movements were easily quelled. But the Ilonggo patriots did not give up; they continued their struggle for freedom.

-1889: February 15 - In Barcelona, Spain the first issue of "La Solidaridad" a political propaganda publication founded by Graciano Lopez Jaena of Jaro, Iloilo City was published. With Jose Rizal, Marcelo del Pilar, Antonio Luna and others; they advocated reforms for the welfare of the Filipino people.The "La Solidaridad"-El Filibusterismo and Noli mi Tangere; notwithstanding, difficulties since circulation was strictly banned in the "Islas"; was the spark that ignited the event that changed Filipino history.

-1892: July 7-The Katipunan "KKK" was founded by the "Great Plebeian" Andres Bonifacio and fellow workers in Tondo, Manila that planned and initiated the Philippine Revolution.

-1896: December 30 - Dr.Jose Rizal of Calamba, Laguna; an illustrado-reformist of many talents, who was not in favor of the planned Revolution was executed by the Spaniards at Bagumbayan now Luneta. This emboldened the "Indios", including the elite and other illustrados to join in the revolution.

-1897: May 10 - Andres Bonifacio and his brother Procopio were executed in Cavite after a bogus trial for treason. A black chapter in the history of the Revolution. A victim sacrificed in the altar of ambition and self-serving interest of the illustrados as personified by Emilio Aguinaldo.

-1898: March 18 - The "Comite Conspirador" was formed in Molo, Iloilo which was the nucleus that started the well organized Ilonggo Revolutionary Movement, who fought the foreign invaders.

-1898: June 12 - Gen. Emilio Aguinaldo declared in Kawit, Cavite the Independence of Filipinos and birth of the Philippine Republic; its flag unfurled for the first time while Marcha Nacional Filipinas was played which became the Philippine National Anthem.

Expounding the extent of Aguinaldo's Philippine Army; the Bangsamoro nation's Mindanao, Sulu, and the rest of its islands never fell under Aguinaldo's politico-military control and sovereignty.

In fact as late as August 1898 much of northern Luzon, southern Luzon, the Visayas, and Mindanao remained outside of the control of Aguinaldo's Republic. Thus, several military expeditions were sent to these places to bring' them to recognize the First Philippine Republic.

This was later changed by the Iloilo elite to Federal Republic of the Visayas since they did not want to recognize the supremacy of Aguinaldo and the Tagalogs.

They preferred instead a federal arrangement composed of - Luzon, Visayas, and Mindanao as a logical substitute because of its indigenous elements.

-1898: December 10 -The "Treaty of Paris" to end Spanish-American War was signed.Spanish commissioners argued that Manila had surrendered after the armistice and therefore the Philippines could not be demanded as a war conquest, but they eventually yielded because they had no other choice, and the U.S. ultimately paid Spain 20 million dollars for possession of the Philippines.

The Revolutionary Forces led by Gen. Martin Delgado(Gral. en Gefe) and Gen. Pablo Araneta -Island Commanding General, had by then taken all the towns in Panay and encircled the City.

-1898: December 24 - Defeated and after the formal surrender to the "Ilonggo Nation" in Negros and in Iloilo; Don Diego de los Rios, semblance of the last Spanish authority in the archipelago evacuated for Zamboanga on the way home to Spain together with his entourage.

-1898: December 25 -Following the departure of the Spaniards, Gen. Martin Delgado and the Ilonggo Revolutionarios made a triumphal entry into the City of Iloilo with victorious parade to Plaza Libertad.

-1899: January 21 - Gen. Emilio Aguinaldo proclaimed the Malolos Republic with a Constitution drafted by Gregorio Araneta- Secretary General and other illustrados of the Malolos Congress.

-1899: January 23 -The First Philippine Republic with Emilio Aguinaldo as President was formally inaugurated and the Constitution ratified in Malolos, Bulacan.

V - THE AMERICAN INVASION OF THE ILONGGO NATION:

-1898: December 27 - Just two days after gaining Independence, a 3,000-strong American Military Force led by Gen. Henry Miller arrived in four US warships (USS: Baltimore-Boston-Concord & Petrel) to Iloilo harbor to demand the surrender of the City. When the Ilonggos refused, the Americans began the bombardment of Iloilo upon expiration of their deadline.

-1899: February 2 - An American naval force appeared along the coastline of Negros to engage the islanders. Gen. Aniceto Lacson-President of the two month acquired Independence, seeing no chance of winning against the new invaders opted not to fight and ceded control when guarantees of property rights were made.

-1899: February 6 - US Congress ratified Treaty of Paris:After an intense fight in the United States Senate, the treaty was finally ratified by a margin of just one vote. The ratification of the treaty indicated that the United States was committed to take possession of the Philippine islands and that it would oppose the Filipino independence movement.

-1899: February 14 - American troops landed at Iloilo and took it by storm. Thus, started another Ilonggo Nation's war for freedom; this time against American invaders.

-1899: February 22 - The Fall of Iloilo to the Americans. Ilonggo troops fought the Americans in pitched battles in towns around Iloilo City. The resistance continued even after the surrender Gen. Martin Delgado.

-1899: Apr 11 - Exchange of treaty ratifications in Washington by both Spain and the United States.It was only at this point in time the treaty was actually formalized and became internationally binding; officially ending the Spanish-American War. Thus, consummation of the anomalous Philippine purchase.

-1899: May 1 - US Secretary of State John Hays handed to French Ambassador Jules Cambon the amount due to Spain under the Treaty of Peace (Paris) at the US State Department.

-1901: February 2 - Surrender of the Panay Forces to the Americans.The Ilonggos resisted but, weary of war and poorly armed, they were soon overwhelmed by the new and well-armed enemy. Many of the leaders surrendered and relative peace was restored.

-1902: Jul 4 - President Theodore Roosevelt officially ended the Philippine-American War by issuing the Peace Proclamation and Granting of Pardon/Amnesty to the "Insurrectionists" who in reality were patriots.

-1907: Dionisio "Papa Isio" Sigobeyla was captured by the Americans in the hinterlands of Negros. After the arrival of the Americans and the surrender of Gen. Aniceto Lacson; "Papa Isio", a babaylan declared himself the head of the Revolutionary Government of Negros. He fought the American troops for about eight more years.

-1925: In Central Iloilo-Panay: Florencio Entrencherado, obsessed by the Napoleonic saga declared himself Emperor of the Philippine. While his declaration was treated as a joke at first, within a year his stand against heavy taxation and foreign interference had gained him several thousands of peasant followers.

-1927: In May - Entrencherado was captured and imprisoned in Manila, where he died two years later. His armed followers staged an uprising, and burned haciendas of abusive American and local landowners' in several towns.

Since history is for the victors, the conquerors described and rediculed our patriots, especially those who came from the "masa", as superstitious cultists and crazy ignoramus; labeled them as brigands or bandits.

But historians now reinterpreting the same material see beyond the religious fanaticism a valiant form and sincere commitment of resistance to colonial rule and foreign subjugation.

Regarding "The Ilonggo 'Nation' Movement": It's true that the Ilonggos of Panay declared a Federal Republic of Visayas in 1898. My sources tell me that the Spanish Government until today recognizes this Republic as valid (I still have to confirm this). The Ilonggos in Negros also declared Independence at this time......

The Treaty of Paris which ceded ownership of the Philippine Archipelago from Spain to the United States for the sum of $20-million was a deceptive and criminal act done by legitimate states, to further subjugate a people, nation and race as "Imperialism" substituted for "Colonialism."

Today we reap the blessings of freedom that our forebears in Panay and in the rest of the country bitterly fought and died for.

There are no more colonizers. We face new battles – for nation building, for the progress of our communities, for the advancement of our families.These are no less tough battles, for which we draw inspiration from our Ilonggo heroes......

It is worthy to note that in the annals of history; the duly constituted head of the Spanish Empire in the Philippines formally surrendered to only two cantonal governments:

The Independent Negros Republic on November 6, 1898 in Bacolod City and to the Federal Republic of the Visayas on December 25, 1898 at Plaza Libertad in Iloilo City. Both comprised the Ilonggo Nation.

That was even before Gen. Emilio Aguinaldo was proclaimed President of the first Philippine Republic during ratification of the Constitution and its inauguration in Malolos, Bulacan on January 23, 1899.

Incidentally, the Treaty of Peace (Paris) wherein Spain ceded the whole archipealago to the US for $20-million to end the Spanish-American War was officially consummated and became legal and internationally binding only on APRIL 11, 1899.

Therefore, the Philippine purchase that included the "Ilonggo Nation" was anomalous.....hence...invalid !

A lover of nature & reform activist by profession; a genealogist & environmentalist by avocation. A cooperative movement advocate, history buff & an amateur "newbie" writer.